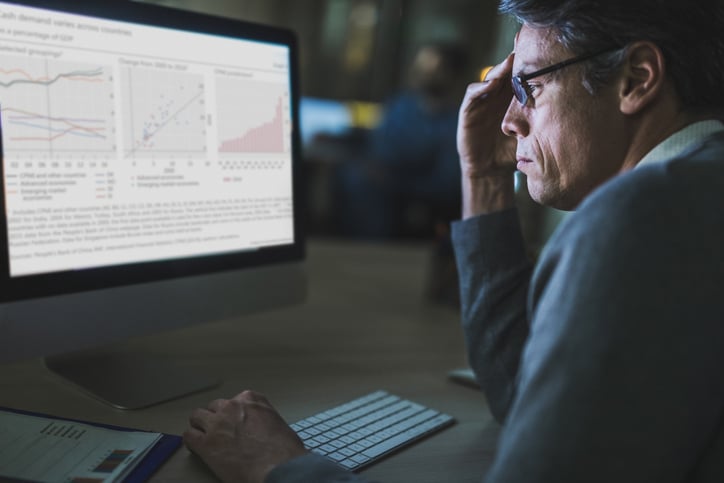 What Past Stock Market Crashes Can Teach Us

No one can predict the future. Timing the market doesn’t work. Even a millionaire financial advisor does not have a crystal ball. Instead, remembering past crises can help investors better navigate the current Coronavirus pandemic and market downturn. Though painful for some, looking back at significant bubbles, panics and crashes can offer great insight on what to do next.

Key Takeaway: Keep your borrowing, spending and saving in balance during periods of rapid growth

The final year of the Roaring ’20s recorded a stock market collapse of more than 80 percent and a 25 percent unemployment rate. The extreme damage to Wall Street and Main Street makes the Great Depression the most infamous financial and economic crisis in America. Ironically, it’s also the most mysterious and misunderstood.

The prevailing theory of the cause of the collapse was over-speculation by private investors and business, with government policy and World War II putting an end to the Depression. But some argue against this logic.

Other economic experts suggest that the “easy money” policies spearheaded by the Federal Reserve (not even 10 years old at this time) created runaway inflation before the downturn. After “Black Tuesday,” the ill-famed beginning of the market crash in October 1929, newly created government policies exacerbated the problems. Policies like wage fixes, farming production limits, tax hikes and new tariffs amid deflating prices severely stifled the recovery efforts.

The Lesson: Keep Your Cool in a Hot Market

It’s unlikely that the full cause of the Great Depression will ever be agreed upon. Regardless, the biggest takeaways for investors are to keep financial habits grounded during periods of break-neck expansion and to borrow in moderation, even if interest rates are extremely low. Otherwise, if the economy tumbles while businesses and individuals are over leveraged, they can be crushed between the weight of decreasing revenue and debt payments.

Worried about your financial future? Contact the professionals at Global View to see how we can help.

The 1970s Recession and Market Downturn

The decades following World War II are often dubbed the Golden Age of the American Economy. This age took a negative turn after a number of notable economic events just before 1970. Unemployment and inflation began to spike again between 1968 and 1971, but wages stagnated. To boost exports and fix a trade imbalance, the last leg of the removal of the gold standard was completed in 1971, providing only a temporary solution going into the mid-1970s.

These major economic challenges were worsened by two oil crises that took place during the decade, causing oil prices to surge 350 percent after an oil embargo was imposed. The culmination of these events created a bear market and ensuing recession. From January 1973 to December 1974, global markets plunged more than 42 percent, while the economy fell into a recession.

The Lesson: Hold Fast to a Diversified Portfolio

Diversification is spoken about so commonly that it’s become cliché over the last few decades. Trite or not, its effectiveness becomes relevant during every market downturn. In this particular case, the market downturn lasted less than two years. A diversified portfolio can help investors weather the storm of a market downturn, keeping their portfolio intact as the market recovers.

Many people have tried to erase the Great Recession from their memory, but understanding the nature of bubbles, credit and new technology is extremely important to your investing success.

Real estate and housing boomed in the years leading up to the Great Recession. Borrowing standards were relatively lax and corporate investing had much fewer regulations at the time. Some mortgages allowed investors to only state their income, avoiding income verification.

But, as with many market crashes, investors latch onto asset bubbles, when the price of an investment becomes artificially disconnected from its true underlying value, rising only on speculation. From 2004 to 2006, housing prices swelled over 50 percent, peaking in July 2006 and making many homeowners and real estate investors millionaires in quick fashion. At that time, it seemed like housing prices would never go down.

Behind the scenes, debt products grew in complexity with insufficient oversight. Banks operated like investment companies and began selling mortgage-backed securities, an investment that uses a bundle of mortgages as collateral. Mortgages were securitized – where they were sliced into individual loan packages and sold separately to investors. Subprime mortgages also hit the scene, which grew in popularity and contributed to increasing homeownership rates, reaching nearly 80 percent in 2006. The web of interconnected investments began to entangle.

In 2007, risk levels of mortgage backed securities reached a ceiling, and buying eventually slowed. This created the first wave of defaults and foreclosures. Shortly after, the U.S. witnessed the failure of Bear Stearns during that period, and many large banks and institutions holding these toxic debt assets declared bankruptcy.

The markets felt the shockwave, too. The S&P 500 fell nearly 50 percent and finally hit the bottom of the bear market cycle in March 2009. Millions of people lost their jobs, and many of them also lost their homes due to foreclosure. This drove housing prices down even further, compounding the damage and adding momentum to the downturn. The global economy soon followed.

The Great Recession is the most recent market crash in our memory banks. Looking back, the seemingly limitless growth of the housing market was a tell-tale sign of a bubble. But, witnessing a $50,000 to $100,000 increase in the value of your home makes a bubble difficult to ignore. Learning to spot asset bubbles can help protect you from the same cycles that contributed to the Great Recession.

If the price of an asset experiences exponential growth without an event that significantly increases demand, reduces supply or causes some other type of pricing shock, you may be witnessing a bubble. Investment bubbles often burst, leaving investors holding worthless or low-value investments that were purchased at a high price.

Lastly, the importance of diversification was shown again during the Great Recession. Though the markets fell almost 50 percent during the downturn, a diversified portfolio consisting of stocks, bonds and other asset classes would’ve softened the blow considerably.

If financial planning, investing and wealth management is not your area of expertise, lean on someone whose is! DIY investors can fall victim to many common mistakes, threats and oversights. Don’t be one of them.

Since hindsight is 20/20, you can reap its benefits. Nearly every market downturn involved a boom and bust cycle, massive debt and oft-debated government intervention.

Remember, no can predict the future – not even a millionaire financial advisor uses this strategy, because it doesn’t work! Protecting your finances requires disciplining your financial habits, avoiding excessive leverage in your business or investments, and working with a financial advisor to consistently keep your portfolio diversified and up-to-date. These essentials can help you weather economic storms and market meltdowns and can help you overcome the Coronavirus pandemic and beyond.

If you have questions about the current market, contact us. We’re here to help.