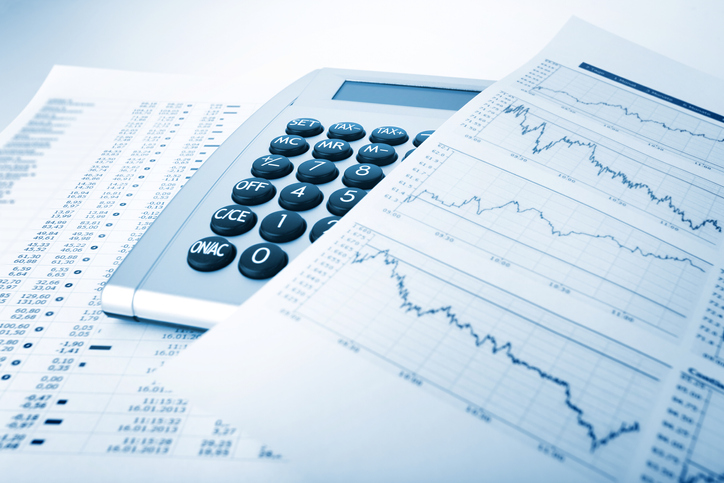 Your View of the Future and Investing for Today, Tomorrow, and After Tomorrow

I wrote this article about “The Golden Age” to counter destructive thinking. The idea came to me after talking to my 20-year-old daughter. She had answered phones on a suicide hotline at college and heard kids say they might commit suicide because … who cares, the world is going to end soon. I decided to talk about it.

I have always believed cautious optimism is a healthier outlook on life than a negative attitude. I’m inspired by the words of Henry Ford: “If you believe you can or you believe you cannot, you’re right.” And there’s a lot of good news.

This blog provides some more detail on efforts we take to help you make the better outcome come true, to deliver your needs today and tomorrow. Spoiler alert: It also includes a vision of how you can help provide the fuel for the day after tomorrow.

Pro Tip: If you are always worried about today, you won’t invest for tomorrow.

You may have seen the article I wrote about “the Golden Age” – a shorter version appeared in a local magazine and the longer version appeared on our blog. I wrote it after talking to my daughter, who is an especially caring person. When caller after caller lamented the world ending soon, it started to affect her. You see, the people calling think global warming will destroy the world in the next decade. I thought to myself, if that’s true, why invest at all, because who cares? So, I investigated it and made some conclusions of my own.

I won’t go into those in detail, but the short answer is that it’s a problem, but not one that will cause global conflagration tomorrow. It’s not healthy to jump to that second conclusion, especially when there is something to do about it. I don’t want my kids to believe that. Probably more important than anything I can leave my kids is that they believe there’s hope. And hope is the opposite of despair.

This is relevant to your investments, so let’s discuss.

Because I have been doing this for more than 20 years now, I know the common objections to investing. Some of the objections I have heard are: Now is not the time; I only want to invest in companies I know; that sounds risky; bonds are safe.

Yuval Harari wrote about investing in the future in his first major work, Homo Sapiens: The Discovery of the New World. Without capital provided by Isabella and Ferdinand of Spain, Christopher Columbus could not have set sail. While it’s fair to argue how the natives were treated, its impact is revered by many to have been the best return in history. The riches discovered made Spain the wealthiest and most powerful nation on earth. (Columbus Reaches the New World)

Talk to us. Contact Global View to schedule a complimentary, no-strings-attached financial review.

A belief in the future allows the engine of growth for the global economy to function. Capital is the fuel for the growth engine of the economy. Now here is the good news. You can help. Not only by telling your kids there is hope. But also, by investing in this global growth engine. Nine of 10 new public companies are formed overseas. But there are a lot of small private companies in the U.S. that need your help too, especially since the big banks stopped lending to them.

It’s important and worth repeating. The big banks don’t lend to small businesses anymore. It’s more profitable for them to sell consumers credit cards, earn commissions from investment and insurance, and lend to consumers. Fortunately, you can help. Now you can provide this capital without taking high risk.

For example, one of the largest lenders to private companies, Ares Capital, has been doing this for a long time. In fact, they have done it with extremely low losses and volatility like the bond index. Investors can now invest directly beside venture capitalists and angels. And because most investors seek more reasonable, less volatile returns than venture capitalists, they can invest in the lower risk and lower return debt leaving venture capitalists to invest in the higher risk equity.

Lesson: By making the right investments now, you can be paid back in interest now!

More good news: Because much of our clients’ wealth is also invested for the long term, we can help make those investments too. Our global small and mid-cap managers as well as emerging market specialists discover the best long-term growth possibilities. It’s not limited to smaller companies. Better large companies know it too, making investments and acquiring smaller companies. We have formed tight relationships with these managers through strict due diligence. We even offer our own in-house stock portfolio using this same reasoning.

There’s one thing all good companies have in common. It’s the belief in the future, a willingness to invest capital, and a willingness to reinvest today’s profits for tomorrow’s return. And while we know there is no way to control the short-term volatility of these investments, especially during times of perceived global crisis, we know their investment history providing lower volatility over reasonable three-year and longer time horizons.

Remember, capital is what fuels the growth engine of the economy. Investments and profits provide future capital. Future capital is provided by companies’ reinvestments.

Warren Buffet wrote about this in his 2019 letter to shareholders, referencing Edgar Smith’s book written in 1924 and what Smith learned. You see, initially Mr. Smith thought that good companies should distribute all profits to shareholders. But he learned, through experience, that companies couldn’t keep growing without reinvesting profits. Only companies who retained earnings for reinvestment could continue to pay their shareholders in the future.

Lesson: By making the right investments now, you can be paid back in future returns later!

Even more good news: It’s not just for investing. It’s also for everyone charitably inclined. Now, you can help solve a problem many foundations have. Because charitable foundations give money to support their cause, they always have money going out. Imagine if they had an ongoing revenue source. With an ongoing source of revenue, charities can spend a lot less time and money (i.e. donations) on raising more money. Venture Philanthropy is a practice where you gift a charitable organization to a nonprofit that the nonprofit then re-invests (instead of paying out) into research so the nonprofit gets a higher return later.

To put this another way, it takes your charitable intention and uses it to unleash creative market forces to continue to benefit the nonprofit. It allows nonprofits to essentially reinvest your gift, just like better companies reinvest their profits. To pay beneficiaries later – maybe even in a year or so!

Venture philanthropy has the potential to create self-sustaining organizations allocating capital to cure long-term problems, including global warming and curing cancer, heart disease, Alzheimer’s and other neurological diseases and disorders.

As an analogy, let’s pretend a charity’s “profits” are its charitable gifts. Continuing this, its “shareholders” are the beneficiaries. Just like good companies, good charitable organizations (nonprofits) use some of their contributions (like retained earnings in the earlier example) to re-invest in research to pay rewards later, for future beneficiaries. Some work well and pay large future profits. With enough of these, a charitable foundation could perceivably even become self-sustaining. These charitable foundations using venture philanthropy practices, will become the most successful of nonprofits, where the highest proportion of their contributions eventually make it to fund the charitable cause.

Think of it like this: Charitable gifts are the alternative fuel for the growth engine of tomorrow’s economy.

Because this has a potentially enormous impact, I am researching avenues for the charitable inclined to give today and at the end of their lives.