As Monetary Velocity Continues to Fall, Deflation Risk Greater than Inflation Risk for the Moment

While there are many ways to describe the economy, perhaps the simplest is using the Monetarist view.  Under this view, GDP (the economy) is equal to the product of Money (M) and the Velocity of Money (V).  As the chart below illustrates, the Velocity of Money has been dropping since the bursting of the credit bubble, interrupted only briefly mid year 2009 with the brief economic recovery.  Tumbling velocity of money is a result of lack of confidence.  Bob believes this is a harbinger of a probable recession in the coming year. 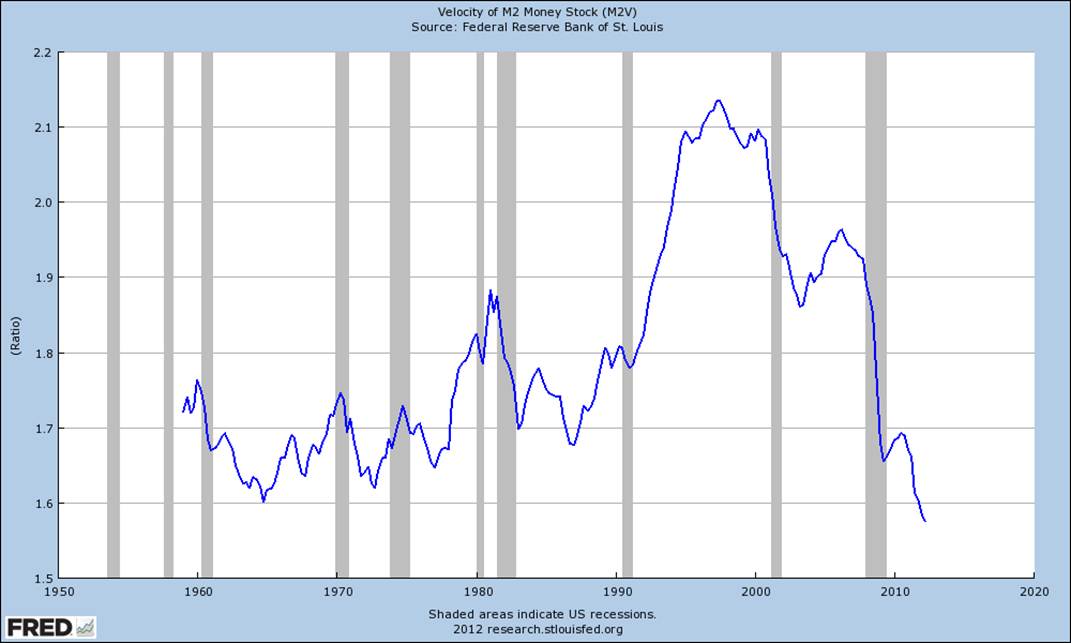 In this interview, Robert Arnott, who manages Pimco All Asset All Authority (a fund we have classified as Long-Term Less Volatile) discusses this phenomenon and how it is likely to affect inflation as the coming recession turns into expansion.  His view is that a market correction is likely due to the risk of recession.  However, when the economy begins expanding anew, as the recession ends, Monetary Velocity will pick up and with it risk of high inflation.