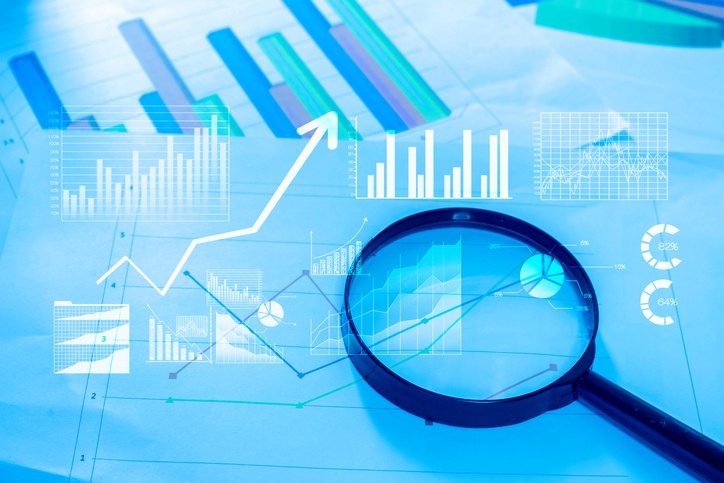 "The Stock Market is Non-Partisan,"

The elections are unlikely to have a significant impact on markets. Investors who seek reasonable returns can always do so (and have always done so) by owning the debt and equity of firms that are reasonably cheap, have reasonably good earnings, and reasonably good growth. These are all around the world. And it is our job to find them.

Elephant in the Room: the 2012 Presidential election

Despite partisan bickering, the market generally doesn’t care who is in the White House. The chart below from Leuthold Research shows that returns under Democrats and Republicans has been the same since 1928.

Having read much commentary on the topic the biggest would be a “big surprise.” A big surprise could be one of two things:

I address these separately. Should Secretary Clinton win in a landslide and Democrats win both House and Senate she will have a mandate to make sweeping changes. There will be a large investment in infrastructure (stimulating economic growth) and an expansion of social programs. It is unlikely that there will be a sweeping expansion to social programs because Mrs. Clinton has historically been a moderate. Regarding foreign policy some argue Mrs. Clinton is more hawkish than President Obama. Therefore it is likely defense spending will pick up. Mrs. Clinton will likely also continue to pursue a cautious approach to raising rates.

Should Donald Trump win, many fear he will make drastic changes to the way our country is governed. They say this because he has said some things many believe are outrageous. I believe you need to take this with a grain of salt for two reasons. First, in his book, Art of the Deal, he tells readers that in negotiations you always start big. Which means he is using hyperbole intentionally. Second, he will face stiff opposition from Congress to any drastic changes. Mr. Trump wants to spend more money on both defense and infrastructure, which most economists believe is good for the economy and markets.

The bottom line is that neither drastic outcome is likely. The high odds outcome is that Clinton will not sweep the Senate and House and Trump will not do outrageous things. Instead are likely to see a continuation of similar policies. An economy stuck in slow growth mode, an overvalued US stock market and continued (relatively) low rates for some time.

In my mind the biggest difference is how much and how fast interest rates will rise. Should Trump win, it is likely that he will combine a big fiscal stimulus with a faster hike in interest rates than would Clinton. This would be bad for indexes but not as bad for active managers (like us).

Under either scenario, rates are likely to rise (bad for markets) but government investment in infrastructure is likely to rise too (good for construction, and markets at least in the short-term). 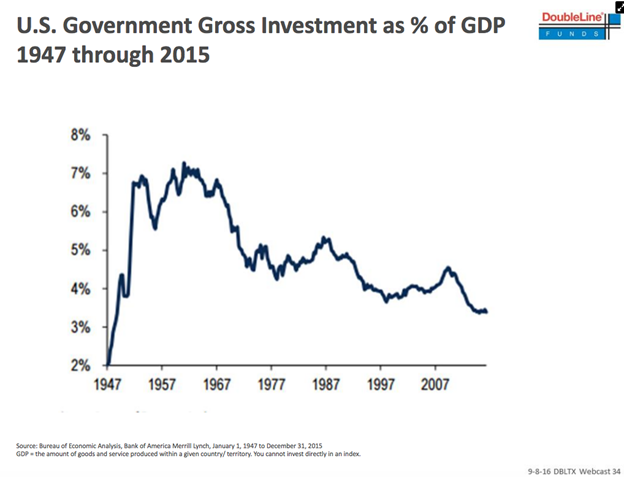 Long-term stock returns are not determined by who is in the White House, but by other important factors, like valuation.

Because US stocks (Large and Small) have become so expensive, their return outlook is substantially less than that of International Developed (EAFE) and International Emerging Stocks. Returns depicted below are real (inflation adjusted) returns. To calculate the nominal return simply add expected inflation (say 2.5%).

As you can see were one to invest in indexes (we don’t) return potential is substantially higher outside of the US in developed (EAFE) and emerging (EM) markets.

Bond Expected Returns (Based on Fundamentals)

“Safe” bonds (government bonds) are expected to barely keep up with inflation. As the chart shows safe bonds have very low return potential.

Given this reality, investors must make a choice. Should they take somewhat more risk (prudently) in higher yielding credit and overseas bonds or settle for lower returns in US treasuries?

As the chart below shows investors might make 5% per year in nominal returns (adding in expected inflation of 2.5%) by investing in higher yielding corporate bonds and dollar-denominated emerging market bonds.

Given this reality, investors must make a choice.  Should they take somewhat more risk (prudently) in higher yielding credit and overseas bonds or settle for lower returns in US treasuries?

As the chart below shows investors might make 5% per year in nominal returns (adding in expected inflation of 2.5%) by investing in higher yielding corporate bonds and dollar-denominated emerging market bonds. 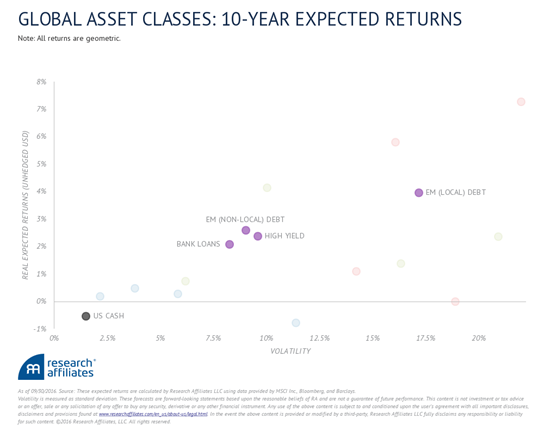 During 2014 and 2015 we were unhappy with performance especially given a higher than normal allocation to (much cheaper) assets outside of the US. However, the tables have turned this year.

Year to date Kopernik Global All-Cap is the best performer. The major equity strategies we follow (with one exception) are ahead of US stock indexes and substantially ahead of International Developed market stock indexes despite our allocation to overseas investments.

Global View Great Business stock portfolios have performed surprisingly well and have thus far exhibited the low risk characteristics we hoped they would.

It is our view that if we can find businesses, through our stock portfolios and select managers, that have reasonably good valuations, reasonably good growth prospects, and reasonably good quality, that we can continue to deliver historical returns for the appropriate risk level and expectations of our clients.

We know of several financial advisors from insurance firms who recently switched firms. While they can give you many “reasons,” the key driver of this is a new Department of Labor rule essentially making life insurance and annuity sales illegal in IRA accounts.

These commission insurance sales are legal until April 10 of 2017. After that they are expressed prohibited in Rollover IRAs.

For this reason the advisors who left their previous captive insurance firms like MetLife (who fired Snoopy) or other firms noted for selling insurance, are very aggressively selling “new policies” that are “better.”

We agree that these new policies are “better” for the insurance agents selling them but we strongly doubt they are better for the clients buying them. And while we could generate enormous commissions from making similar pitches we simply don’t believe they are in our clients’ best interests.

Which means we would like to have a look at the pitches the advisors are making. We can illustrate to you (in easily understandable terms) EXACTLY how much commission is generated, what kind of returns you might expect, the fees etc. And then, if we think it does make sense, we will tell you so.

Don’t let your family and friends get “sold.” Introduce them to us so that we can have a conversation.

If you know anyone who works for an advisor associated with an insurance firm, ask them if they are hearing a pitch to move their insurance. We can have a conversation with them and may find a much lower cost alternative. Because we do not receive insurance commissions, we have no reason to sell them (or refer them to an insurance agent from whom we would not receive a referral fee) unless they truly need it.