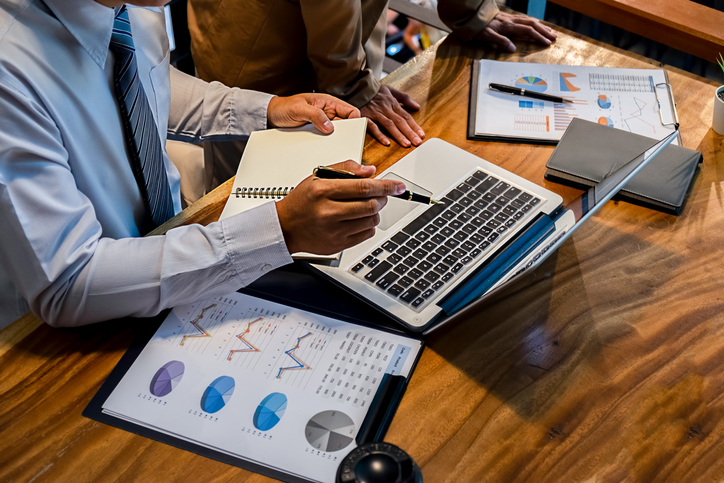 Investing in an Era of Moral Hazard

Investing, Financial Advisor, what is a financial advocate

The Golden Rule I follow is not the one most touted. It’s not do unto others as you would have them do unto you. It’s do not do unto others as you would not have them do unto you. When clients hire us, we do unto our clients as they would have done unto them. It’s important for us to make that distinction. It means everyone must be treated differently, according to their needs. We can never project our beliefs onto our clients. That said, we want you to know what is important to us.

How We View Investing Under the Golden Rule

“Experts” in our industry usually have a financial incentive. Only a fool would rely on the advice of someone with a financial incentive when they don’t know what it is. We avoid advice of the big banks, of mutual fund firms and of recognized pundits known to be wrong, serially. We roll up our sleeves and do the work on our own, verifying from sources (whose bias we account for). We know we can’t be 100 percent without some bias, but it will never be financial. We will never put our interests before yours! Before we select an investment manager or fund, we ask a lot of questions. Before we buy an individual stock, you can be sure there’s been a lot of research into it.

We would never rely on the promise of U.S. government support to support an investment. That’s why we avoided high-yield bonds. It’s why we found alternative ways to put lower-risk capital to work. Extensive research showed U.S. consumers were the best investment. Their first, and sometimes only, debt is in their home. They had high-lending standards, excellent FICO scores and high home value-to-loan ratios. In contrast, high-yield bonds were risky and low yielding.

Our clients did not disproportionately benefit from federal stimulus programs. We didn’t own companies that got bail-out loans, either now or in 2008 because they didn’t need it. We didn’t foresee the first-ever recession by government decree. In February, most economists we follow felt the U.S. economy was strong and global economies picking up.

This strategy serves investors well over time. Time and time again, we invested in new funds only to subsequently see a “five-star” rating at the three-year performance mark.

The COVID-19 recession caused our first major negative surprise in these ratings. Market participants in some of the newer fixed-income securities in smaller markets were devastated. Mortgages were priced assuming depression like defaults. This caused even one of our lower-risk bond managers to suffer more than we expected. This fund had a five-star rating and lower risk than the bond index before the recession. It did well in 2008. But this time, it did worse than we expected. Some managers saw their ratings fall from five to one stars in one month. But not for fundamental reasons. For one month of relatively poor performance.

To answer the question: What would you have done differently? The answer is nothing. There was no way to know that we would face a recession caused by government shutdown. And that subsequently, the better investments, fundamentally, would take longer to catch up!

Take us for a test drive. See if we're a good fit. Learn how we can help.

When Moral Hazard Saved You

Big banks survived and were in fact supported by low interest rates. But instead of lending to business, they started “cross selling.” They encouraged using credit cards, having bigger mortgages and buying annuities. What consumers cannot know is that they have many ways to profit from these products. Sadly, financial services is a confusopoly. When a consumer buys a variable annuity, the consumer has no idea what he pays for. He pays for the commissions and also a share of revenue in subaccounts. All of this goes to the bank. Some of it is paid to the person selling the annuity. These are measurable direct costs to consumers. I can translate this for you. I even wrote about it already: Why You Need An Advocate.

The overwhelming liquidity created when the Federal Reserve put money in the system went into the stock prices of larger companies comprising the bulk of the big indexes and index funds and ETFs. I recently corrected a business editor at CNBC because he got this wrong.

3. High-yield debt was in a bubble.

Corporations experiencing low interest rates increased their debt by issuing more and more debt. This made corporate bonds and especially high-yield bonds risky. Worse, many investors thought they had no other choice. But the low yields did not compensate for this risk.

What We Do Instead

Instead of relying on the government, we always do fundamental research. This determines the overall direction for allocating a client’s wealth. But also know, we live in a new time. Companies deemed to be necessary for the public good will be supported. Global debt levels have risen. This means central banks will keep interest rates low. So low they won’t eventually keep up with inflation. This will put investors in fixed income in a difficult situation. It may eventually further change how we allocate to low risk.

We will continue to invest in areas most fundamentally sound. While corporate debt got cheaper, government support made it quickly expensive again, overall. While some pockets are cheaper, Residential Mortgage Backed Securities (RMBS) remain more attractive. Recent unemployment numbers confirm a depression is unlikely. And our worst assumptions don’t require a rip-roaring economy.

As an example of the detailed work we do, I interviewed portfolio managers of the RMBS funds we own. I modelled two scenarios. The worst: A Great Depression repeat scenario. This scenario assumed unemployment rose to 25 percent and stayed there for 18 to 24 months. That doesn’t look possible anymore.

In equity, we remain cognizant of the government’s propensity to support companies deemed essential. But this is priced into their stocks. There’s still a lot of opportunity in equity. But it’s not in the large index funds. It’s in unloved companies, unrecognized companies, smaller companies. Many of these are overseas.

I believe making these choices supports the healthiest areas of the economy. This will support continued improvement in life conditions, globally. And I can’t imagine a more socially responsible way to invest. But again, that’s up for individual clients to decide.

Global View applied for and received the Paycheck Protection Loan in an amount totaling six figures. We decided we did not need the loan and returned it. I only mention this because there’s a history of abuse. After the 2008 crisis, nearly all of brokers and the bailed-out big banks got six- and even seven-figure bonuses. This was possible only due to government bailouts and was used to retain them.

We will always continue to do the best we can for our clients, in a way that we mutually agree is in their best interest, not ours.