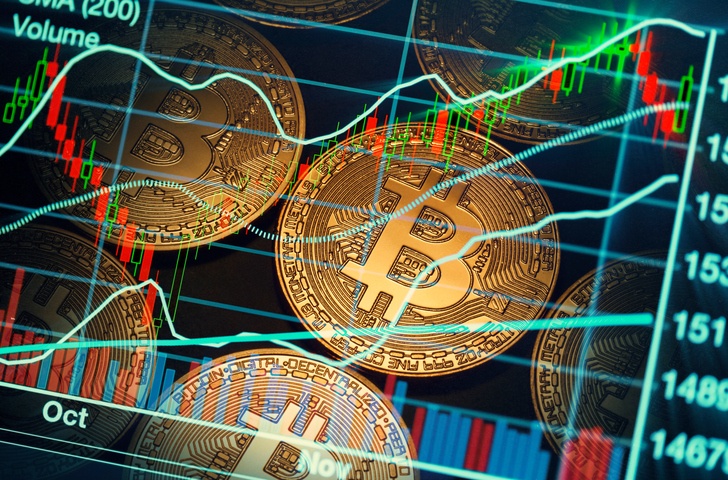 Is Bitcoin Money? And Should I be Investing in Bitcoin Now?

Investors are asking, "Is Bitcoin money? Should I be investing in bitcoin now?"

Because it facilitates distributed collaboration, bitcoin is revolutionary. Before, bitcoin collaborators (or traders) had to choose between security and freedom. Centralized control is only as good as the gatekeeper. This means participants rely on the gatekeeper (who is not free). Decentralized control leaves no one in charge. This means control can be wrested away by any player (no security).

Distributed collaboration allows the best of both worlds. It allows security and it allows free collaboration. It means clearly defined, understandable rules must be agreed and obeyed. It means money cannot be created out of “thin air.”

The technology behind this is blockchain.

Blockchain revolutionizes the way people (and machines) work with one another. It’s the Galt’s gulch of Ayn Rand’s "Atlas Shrugged."

This doesn’t mean we accept bitcoin as a currency. If (or when) bitcoin is eventually accepted as a currency, it has value. If not, it doesn’t. I’m not willing to make that leap yet.

Until then, we view any investment in bitcoin as speculation. But that doesn’t mean we aren’t watching closely.

There’s one thing I especially like about it. It has the big banks (and especially Central Banks) shaking in their shoes. 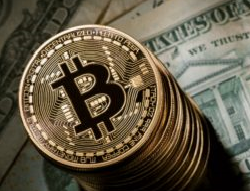 A Glance Down the Cryptocurrency Rabbit Hole

Bitcoin sceptics, like Warren Buffett, believe Bitcoin has no intrinsic value. It is not backed by underlying assets. But this oversimplification misses a key point. When money was first created, it had no intrinsic value. And today’s money doesn’t either.

Money was first created to ease exchange of goods and services. About 100,000 years ago humans began using seashells as currency. Seashells were a representation of value only because people believed they had value. This shared belief in value made trade easier. Traders no-longer had to barter actual goods. This "money" was a mental construct. If everyone believed in it, it was real.

As trade circles became wider, it became possible to counterfeit the money (seashells). This is when people began to wonder about the underlying “value” of the currency. But were they concerned about its intrinsic value? Or were they worried that it could be counterfeited?

And then someone learned to mine metal. They discovered some metals were scarce. People began creating money from the metal. And because this was expensive it made money difficult to counterfeit. This money had an “intrinsic value” due the scarcity of the metal, or the value of the underlying assets.

Over time the coins were debased by reducing the amount of pure metal in them. This debasement continued until eventually coins were replaced with paper. The paper was originally exchangeable for gold. But in 1971 the US government abandoned the gold standard entirely.

After the financial crisis of 2007-2009 many began to question their faith in government. The banking system of the United States (and the rest of the world) was on the verge of collapse. It was on the verge of collapse because players in the system lost faith in one another. The level of distrust was so high, and I will never forget this, that ad spending went to nearly zero in October of 2008. I will never forget lying awake at night watching Bloomberg. The only ads on TV were for Big Lots and trial lawyers.

Companies were afraid to advertise. They had lost trust that the money they spent today would be an investment leading to more money in the future. Economic growth through productivity began only when the first person believed an investment today could get a higher return tomorrow. Until that time the economic only grew with its increase in population.

Without the intervention of the US and other governments, banks would have failed. The financial system would have collapsed. Altogether over $12 trillion in new money was added to the economy. Many questioned how governments could choose winners and losers simply by creating more money. Many believe most of the banks should have failed.

Bitcoin arose from this mistrust in government. Its founders wanted to create a “digital” gold. A currency that could neither be created by nor taken by central government.

Bitcoin backers believe Bitcoin will replace other currencies. They like it (and other cryptocurrencies) because the supply is decided by a formula. Not by a Central Banker.

After 21 million Bitcoin are mined, no more will be produced. Each bitcoin is produced through a competitive process. By improving the security of the bitcoin, “miners” are rewarded in bitcoin. This happens about once every ten minutes.

“Money is the most universal and most efficient system of mutual trust ever devised.” Yuval Noah Harari, author of Sapiens and Homo Deus

Blockchain technology changes how people collaborate by ending the need for centralized control. Instead of having a central gatekeeper, control is distributed to any player willing to participate.

Each bitcoin owner has a unique private key encoded with a password. The secure distributed ledger is held at multiple locations. It is distributed. To claim your Bitcoin, you need the password.

Remember, when you make a transaction with another party the transaction is based on trust. You trust that when you pay someone you will receive a good or service. Historically a central authority, like Visa or PayPal was the custodian of the trust.

The trust we currently have in currencies is vested with a Central bank, that can create or destroy it at whim. Especially since the Great Recession, many people lost faith in central banks.

Bitcoin eliminates the need for the central authority. It assumes no-one can be trusted.

Blockchain technology bypasses the bureaucracy. It allows humans (or computers) around the world to collaborate and continually improve. Imagine computer programs checking up on each other’s work. That’s blockchain.

Estonia, a former Republic of the Soviet Union, is now experimenting with this technology in their government. This small country has much to win and little to lose.

Should I Invest in Bitcoin (or another Cryptocurrency)?

“Bitcoin is a mirage.” Warren Buffett

Blockchain technology is here to stay. The question investors may be asking is what is Bitcoin worth?

The answer is this: it depends on what you believe.

Currencies are valued in relation to other currencies. In other words, it is always a “relative” valuation. As investment legend Jean-Marie Eveillard once put it “it is a beauty contest.”

Bitcoin has a value if, and only if, it can be used as a currency. And that is a big if. But if it is, it will be very valuable.

And I also know that money has no “intrinsic value.” It means that if enough people believe Bitcoin is a representation of value, then it is.

Everything you know you know because it is what you want to believe to be true. Every memory you have is what you believe happened in the past. But a hypothetical outside observer would see everything differently. Reality is what we perceive it to be.

Physics is the only true science. Mathematics is its expression. Physicist Richard Feynmann showed there is only one real mystery in the universe.   The double slit experiment confirms that matter exists in a waveform until observed. Only after we look at it does it change from a wave into a particle.

In other words, only after we see something does it become real.

As Naval Ravikant said: “If you can define what money is, that’s a trillion-dollar outcome.”

This means Bitcoin may be worth something. But Bitcoin has some mighty opponents. One of them is the US government.

And because we think the US government is a mighty foe we are not yet ready to invest in it.

Bitcoin as explained by its Creator