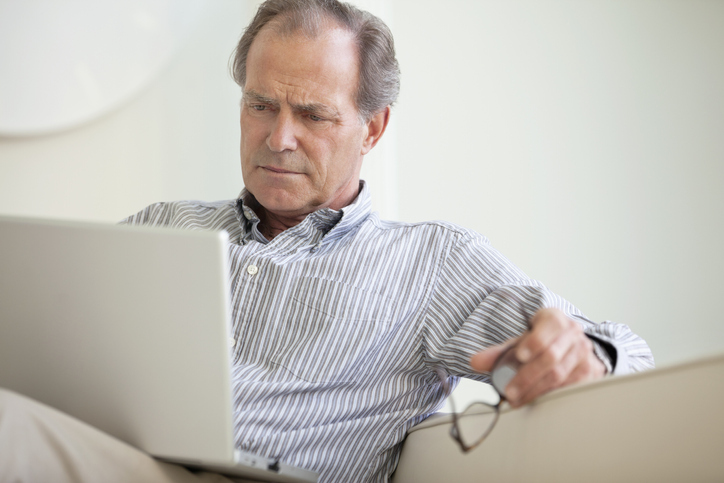 There seems to be light at the end of the COVID-19 tunnel.

The U.S. S&P 500 broad measure of U.S. stocks fell by 32 percent in 22 days, which is the fastest decline that we have ever seen in the market since World War II over that short time period. It’s faster than any other time during the Great Recession in the 1980s or during the recession in the 1970s. Equally as fast, we’ve seen the market move back quickly, maybe too quickly, especially smaller stocks.

However, at the same time, some of the bond markets have taken a lot longer to react, as they did during the last great financial crisis.

Make no mistake: There is still pain ahead. There is going to be more volatility. Please don’t think that this is all necessarily over. However, the government has released an unprecedented stimulus program to make sure there is liquidity, so that some of the credit markets will work right. We’re particularly interested in what happens in residential mortgage markets, with these not having exposure to the high-yield bonds that plummeted.

This has set up some of the best opportunities in stocks and bonds that I have ever seen in my 20-plus-year career, and I think possibly since World War II. There hasn’t been this fast of a movement and this much opportunity since then. However, this does make it very difficult to capitalize on.

The reason we’re seeing this light at the end of the tunnel is because the number of deaths and cases of COVID-19 seem to be getting smaller. In fact, the number of deaths in the United States, which was once estimated at 250,000-plus, is now expected to be around 60,000 by August 4. In South Carolina, the number of deaths has been lowered to about 470. This is a substantial revision from even just a week ago. And it’s wonderful news.

Global View is here for you. Have questions about your financial situation? Contact us.

What This Means for the Stock Market

We expect there to be a very modest, long-term economic impact.

Yes, there will be people who lose their jobs temporarily. And yes, the economy will look terrible. And there will be more problems with stocks going up and down, despite what has happened in recent weeks. We know that will happen. But we believe we will see things turn around, specifically with residential mortgage-backed securities.

The other thing that is happening, is smaller companies have been mispriced relative to large companies. It’s as if everyone thought that small businesses were going away; where Costco and Walmart are the only places you can go to shop; where the local grocery stores and other community shops are going away. That’s not going to happen.

The federal government, for the first time, has stepped up and is offering payroll protection. This is a very positive thing! Now, small businesses can apply for forgivable loans to make payroll. And they’re all taking advantage of this. Hundreds of billions of dollars are being spent on this Paycheck Protection Program. We know that the small public companies are also going to come back. Not all of them – some of them were unsafe – but we didn’t own those, or not in a meaningful way at least.

We see unprecedented opportunity, akin to March of 2000, where global U.S. and global small caps did very well in an environment where the larger companies struggled.

Now, what does all this mean?

When we come out of this current environment, U.S. consumers are going to save more than they did in the past. A little more. We’re going to be in another neutral economy, not a rapidly growing economy. There will be a fast snapback, but then we will start to grow again to where we were before.

We also believe that there is going to be a trend toward lower and lower real interest rates, because the global governments have such high debt. They have to get rid of it. And to do this, they have to keep the rates they pay lower than the inflation overall, so negative real interest rates or very close to that.

Here are some opportunities we see for our clients:

For more on the market and specific spreads, watch my recent You Tube video.

The Global View team is here for you. Contact us if you have any questions about your specific situation. Stay safe.