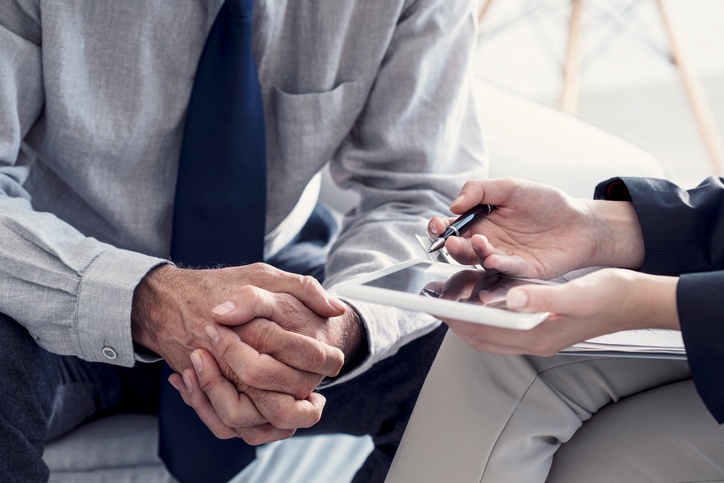 Together with my colleagues, we developed a process called Worry-Free Portfolio Management. This process helps investors reduce the main regret people have on their death bed, which is, “I wish I hadn’t spent so much of my life worrying.” This is the main concern of elders, according to the Cornell Legacy Project.

Investors need the right information to understand obstacles they face. Then they can navigate the lifelong planning process to help them achieve their current and future goals. This is a cumulative process that begins at childhood and eventually ends at the sunset of our lives. We believe alleviating key worry-points can help create a worry-free state. These worry-points arise over the various life stages facing an investor.

To understand some of the main obstacles between you and those goals, you need to know that advisors may put their interests before yours. So-called “advisors” are paid in many ways you would never know. Worse, the “advisors” most effective in growing assets are the same ones who get the top rankings as wealth advisors in prominent magazines because they have a very aggressive emphasis on sales, not necessarily because they put their clients’ interests first.

You need to know that you might be your own worst enemy.

You need to know that common “investment wisdom” is anything but.

I am a fee-only investment advisor. I am paid by my clients and only by my clients and do not receive any compensation, other than incidental research and an occasional meal or happy hour with a group, from anyone other than my clients. I believe nearly all investors can benefit from an advisory relationship because they are their own worst enemy and advisors provide a valuable service. However, I also believe investors are often mislead by “advisors” who may not be working in their interest. I am especially disgusted by the practice of selling insurance products with what I consider to be false promises. Moreover, having researched this issue for more than 20 years, I am convinced that a focus on avoiding permanent loss of capital reaps rewards over full market cycles.

Not Understanding How Your ‘Advisor’ is Paid

Investors generally seek an advisor because they want someone to provide them with advice on investments and related financial planning issues, including income taxes and estate planning. When they pay their advisor a fee, they generally believe they are working with someone who is going to put their interests first. Unfortunately, this is rarely true.

Most companies employing investment advisors are publicly traded. Don’t get me wrong, I am a capitalist, and having personally observed the effects of communism while working to privatize companies in Ukraine, I know this is the only system we have that works. However, I would rather have a tax, attorney or investment advisor who is employed by a partnership or group of individuals with a fiduciary loyalty to represent me rather than a group of folks working for a publicly traded company. At the same time, I want to own shares of publicly traded companies that have MOATs that make them very profitable because they can leverage their size and experience to make high profits for a long time. But remember, a publicly traded company’s fiduciary loyalty is first to its shareholders; not to its customers.

Revenue sharing contracts (often referred to as pay to play money) are private between the fund company and the brokerage firm. The brokerage firm has a lot of clout; the small, new fund has none. I don’t know how you could know this if you didn’t actually know folks who formed a mutual fund company and learn about the leverage brokerage firms. Since the contracts are private, this is never disclosed. However, it is widely known that brokerage firms often charge extra fees of 0.4 percent from no-transaction-fee funds and 0.15 percent or more for transaction-fee funds in addition to other compensation such as up-front money to get on the platform.

In the simplest of aspects, many advisors are paid commissions, brokerage and insurance. This is easy to understand because the advisor is paid a commission for making a one-time sale.

This information is carefully hidden from investors’ attention by the powerful lobbying forces that exist in the industry. The Securities Industry Financial Marketing Association (SIFMA) represents the interests of more than 500 member-firms from broker-dealers, banks and asset managers and is therefore one of the most powerful lobbying organizations in the United States. SIFMA spent more than $54 million for its fiscal year ending 2014. Exactly how this was spent is unknown.

With the recent publication of Tony Robbins book, Money, Master the Game, many investors were introduced to the idea that they should work with a fee-only fiduciary. A fee-only fiduciary is required to work in the investor’s interests at all times. We like the strict definition the Certified Financial Planning (CFP) board definition has for this because it is absolutely unambiguous:

Fee-only: A certificant may describe his or her practice as “fee-only” if, and only if, all of the certificant’s compensation from all of his or her client work comes exclusively from the clients in the form of fixed, flat, hourly, percentage or performance-based fees.

No CFP who values their designation will put in writing that they are a fee-only financial planner if they receive commission of any kind, revenue sharing from investment providers, referral fees or any other compensation that is not directly from the client.

The problem is that nearly all advisors offer a mix of advice. No, they won’t tell you they are fee-only, not in writing at least, but they will use all kinds of obfuscating language to get around doing so. You might even enter into an investment advisory agreement with an advisor who later in the relationship sells you a commission-based product, like a closed-end fund with a hidden internal load or a very high-cost variable annuity. Or, equally onerous, you may be provided investment products that have a revenue sharing arrangement with the brokerage firm where your advisor is employed.

Examples of How Brokerage Firms are Compensated

The table below details some of the various types of compensation a fee-based advisor or brokerage firm may receive:

The biggest disappointment to us is the myriad of firms that work as fiduciaries in most aspects of their relationship and yet sell insurance products. Almost all of the independent advisors do this, including some that, in a backhanded fashion, put themselves forward to be a fee only financial planner.

For example, CNBC published a list of “Top-Rated Fee-Only Wealth Management Firms” at the end of 2014 that featured several firms at the top of its rankings who sell insurance products. A quick peek into the methodology reveals that “top” was ranked according to metrics such as assets under management, which is essentially a testament of the quality of its salespersons and has little to do with conflicts of interest that may exist. The top-ranked firm in this “study” grew its assets over 58 percent p.a. for the five years before the study ended. This firm owns an insurance subsidiary.

Brokerage firms that employ financial advisors make a lot of money from the revenue created from the products and services they sell. This gives them an excellent incentive to recruit advisors from rival firms.

Another thing we feel is very important to point out is that so many advisors in effect put themselves out as fee-only without specifically telling you that. Ask them to put it in writing!

Investors are increasingly understanding that it is in their best interests to work with a fee-only financial planner. However, a multitude of “advisors” are misleading them.

Solution: How to Avoid this Problem?

Remember, just because your advisor tells you that he or she is fee-based or fee-only, it doesn’t necessarily mean that the advisor is. Have him or her put it in writing!

Ask your advisor how he or she is paid and ask the advisor to disclose, in writing, any potential conflicts of interest that may exist. Ask you advisor if he or she is a 100% fee-only fiduciary in all aspects of your relationship, and then ask him or her to put that in writing. If they won’t do it, this puts up a red flag that there is probably a conflict of interest.