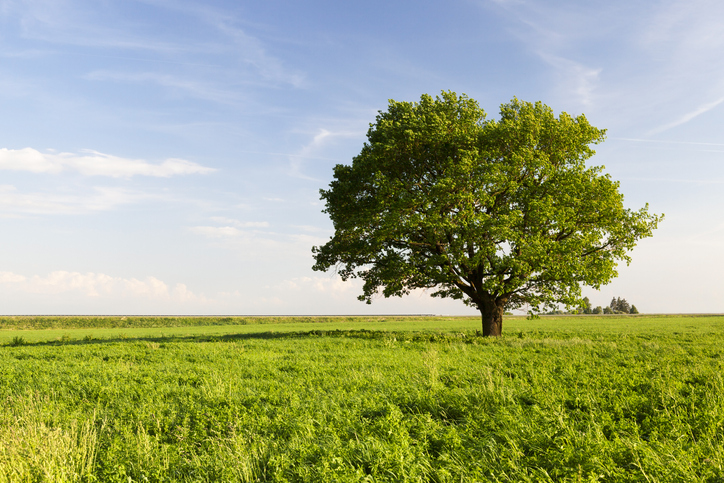 We Live in a Golden Age. Tell Your Kids. Then Your Kids Can Tell Their Kids.

None of us have all the answers. But if there is one thing I’m sure of, it’s that we are working on them. And there has never been a better time in history for a young person to grow up in this world. That’s why I wrote this. Because it’s a belief our kids need to create the future they want. Their kids’ future depends on it.

The future is promising. We can make the environment better than any time in hundreds of years. Equality is at a level never seen in history. We are on the verge of curing disease. What a great time for a young person to choose a career and play a part in this.

We all want a better future. Those of us over 50 know the world is getting better because we’ve seen it. There’s a short window when kids form their belief system, between the ages of 18 or so and the early 20s. With a positive outlook on the future, our kids can solve any problem we (and they) can fathom.

Kids today believe the world will end due to global warming, that people are getting poorer. They are depressed. Blogs and videos mention 2030 and 2035 as dates society will collapse. This has even been aired on TV in Britain. Your kids learn this in college.

During the last decade, people living in extreme poverty fell from 18.2 percent to 8.6 percent (Our World in Data). For the first time, most of the global population are now “middle class.” Death due to air pollution fell by one-fifth globally and one-fourth in China. Rich countries are using less raw materials, fertilizer, water and fuels every year. Malaria deaths fell 60 percent. HIV/Aids deaths fell in half. More than 300,000 people a day get access to electricity and clean water for the first time. More people are living in democracies. We are on the precipice of great leaps forward. This will happen in medicine, nuclear energy, even architecture of communication and living (how we drive, where we live).

Talk with us. Schedule a free, no-strings-attached portfolio review today.

We Made Mistakes in the Past

In our rush to industrialize, we polluted rivers and streams. We deforested wide areas of wilderness. We created factory farms. We made terrible mistakes investing in polluting power, machinery and automobiles. This led to societal disease, increased risk of heart attack, cancer and autoimmune diseases. And it’s the initial cause of our current predicament.

Our ancestors relied on tribal instincts to protect themselves against strangers. They adapted slowly moving from caves to dwellings. They discriminated on others who weren’t members of their family or tribe. They exploited others based on where they were from, the language they spoke, the color of their skin. They exploited women because they were smaller. Women were not afforded the same opportunity as men.

Today these problems are being worked on. The environment is being worked on. The first regulations to reduce smoke emissions in the U.S. started in 1881. For 100 years, the public pressured national governments to regulate this. Since then, air pollutants declined 68 percent while the economy grew 175 percent. We’re using more and producing more with fewer resources and far less waste. Scientists call this the “Kuznets curve.” It describes how the environment worsens until the economy grows and the public demands a cleanup. Then things get better.

If do you fear the world will end due to global warming, you know we must do something about it. If you don’t fear the world ending, you like to breathe sweet clean air and see kids play on green grass. No one likes unnecessary pollution of our life-giving air and water. And things are getting better. Abnormal weather patterns in September reduced the size of the ozone hole to 1982 levels. The population of Humpback whales doubled. Bald eagles were once an endangered species. Now they are so plentiful in the San Bernardino National Forest, they are no longer counted.

We now have a path to beat global warming. Bill Gates spent a few billions studying it. Gates says, whatever your belief, there is one solution – nuclear energy. It’s not possible with current technology to produce enough solar and wind power. Solar and wind power are subject to weather fluctuations. We don’t have the battery power to store through those fluctuations. The alternative is fossil fuels or nuclear. Solar and wind have their role, but an adjuvant source is necessary. This is a bipartisan initiative. Ernst Moniz, the Energy Secretary during the Obama administration, agrees: “There is no chance of meeting a net-zero greenhouse gas emissions by midcentury without everyone on deck, including advanced nuclear.”

Nuclear power has changed. The old days when nuclear power plants could melt down are no more. No, you don’t have to worry about a “China Syndrome.” The two worst disasters in history at Chernobyl and Fukushima didn’t come close to the damage claimed there. New, fourth-generation plants are coming online. These fourth-generation nuclear power plants cannot melt down. Some even consume nuclear waste already generated from old plants.

More Opportunity for All

It is illegal to discriminate when hiring based on race, sex or sexual orientation. More women now graduate from college than men. Women, globally, control two-thirds of consumer expenditures. They often control purchases of healthcare providers. By 2030, women will control almost three-fourths of all wealth in the United States (MIT AgeLab). The future belongs to women. In more societies globally, most people view homosexuality more normally. Same-sex marriages are now legal in more than 30 countries.

We are curing disease. The #1 and #2 cause of death in the United States and worldwide are heart disease and cancer. We can reduce the risk of both with more exercise and better diet. The good news is that we are becoming more health conscious. We are getting more exercise and eating better. Dietitians now agree consuming more vegetables reduces the risk of these.

But once you have heart disease or cancer, you need more than a heathy diet and exercise. Fortunately, great strides in science are being made to reduce mortality. Scientists isolated the cause of heart disease to plaque in coronary arteries. This led to the creation of drugs, called statins, like Lipitor, that have further reduced deaths. Stents make heart disease less deadly. Other surgery has become less invasive. The common effect of drugs, healthy lifestyle and improved surgical techniques may soon cause cancer to overtake heart disease as the #1 killer. If cancer isn’t cured first!

Fortunately, we have doctors and scientists working on that. Just as scientists figured out the cause of heart disease, they discovered the cause of cancer. Cancer happens when diseased cells grow because they hide from the immune system. The cure increasingly is coming from two angles: Stopping its growth by interrupting its blood supply and harnessing the immune system to search and destroy cancer.

In 2018, Dr. Jim Allison won the Nobel Prize for discovering how our body’s own immune system works to fight disease. He found something called T cells that fight diseased cells. Cancer happens when the disease cells outsmart the T cells and continue growing unchecked. Based on this, he worked with research scientists to develop a drug to boost T Cells. The drug he developed was called Ipilimumab. He wanted to call it Hipilumimab being a Berkeley era hippie albeit from Texas, but the Food and Drug Administration (FDA) didn’t fall for it. More importantly, this development is a “breakthrough” in the fight to cure cancer.

On its own, it doesn’t always work. But combined with other treatments, like a treatment designed to strip cancer cells of its camouflage, patients are getting long-term remissions, which appear to be cures. These are both immunotherapies. Research scientists and doctors are seeking other combinations to combine with these “immunotherapies” to deliver cancer another punch. Cure is a word not used by oncologists until now.

And guess who is now in charge of the FDA, trying to cut through the red tape to get these life-giving therapies to patients? Dr. Stephen Hahn, an oncologist who worked at M.D. Anderson with Dr. Allison.

This work is leading to promising avenues to many other problems with the immune system. They already show promise in autoimmune disorders ranging from arthritis, psoriasis, colitis, lupus, celiac disease, multiple sclerosis and even chronic sinus infection. This field and the emerging science of bioengineering combined with medicine, shows great promise. Clemson University even offers a degree in bioengineering.

In short, at least in the history we have recorded, there may be no better time to be alive. Especially for those fortunate enough to be in a free country like the United States. The environment is getting better, there is a route to cure disease, there is a route to fix global warming. We’ve got a lot of work to do. And we’re doing it. We need your kids’ help.

Your kids’ future depends on sharing this message of hope. Batter up.