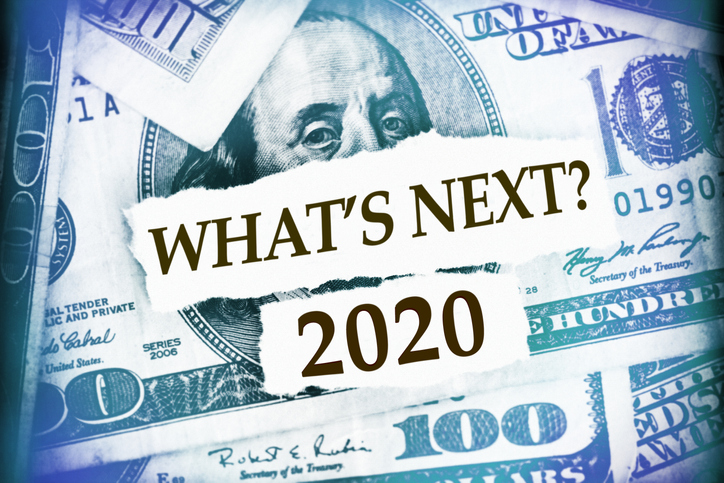 What You Need to Know About the Stimulus Bill

The Coronavirus is still top of mind for most Americans. New cases seem to be reported every day. More and more people are filing for unemployment or working remotely. Concerns about the market continue to rise. When will this recession end? Is there a light at the end of the tunnel?

A lot of people are finding hope in the recent passing of the stimulus bill, so I wanted to take this opportunity to update you once again, this time focusing on the stimulus bill and what it actually provides.

Last week, the Federal Reserve and Congress passed the stimulus bill to help provide liquidity and ensure investors that all is not lost, that this is temporary, that this is event-driven and that we’re going back to normal at some point. The question is, at what point?

There are a couple different views on that, and I favor Bill Gates’ view as he shared in a recent TED Talk. Bill Gates said, if we take the hard steps, if we, now, quarantine, use social distancing, minimize this part of the virus, we can be through this as quickly as six weeks, and we should know how we’re faring in two weeks.

The markets quickly priced in a terrible economic hit from the Coronavirus. That’s stocks globally and bonds globally.

This is an unprecedented opportunity; a once in a century event. Nothing has happened like this since 1918, when we had the Spanish Flu.

The federal government’s response has been “like a nuclear bomb,” to quote many market pundits who have studied these things over the years. That’s a good thing. How fast the economy recovers depends on how we manage this pandemic.

In 2015, Bill Gates said we were going to have a pandemic, it was going to be deadly and it was going to be all over the world. Unfortunately, no one listened. The only countries that took any measures were those already affected by something tangible, like South Korea and China with MERS or SARS that hit a few years ago.

Fortunately, South Korea already had testing in place and the infrastructure to rapidly administer tests. We’d love to have the South Korean experience when we get through this Coronavirus.

When this pandemic first hit, unfortunately, we delayed action. Mistakes were made. But that’s behind us. What we need to focus on is what’s happening now?

There’s been a double Bazooka.

Frist, the Feds are buying bonds to ensure functioning markets, including corporate bonds for the first time. They didn’t do that in 2008.

The other thing is the stimulus bill that was passed by Congress. It’s worth $2 trillion, and yes, there’s some pork in it. It includes $200 million for things that have nothing to do with the Coronavirus, and then there’s some contention about the $450 million or so to loans to businesses like Boeing and GE. My strong hope is that, unlike 2008 and 2009, this time, we attach warrants or some kind of participation to whatever we lend to these companies so the U.S. taxpayers can make some money on it and we’re not just lending for free.

Here what I think is really good about the stimulus bill:

1. The small business loans – $350 billion – that will support small businesses with less than 500 employees and help them make payroll for as long as the next 2-½ months. This should keep a lot of these small restaurants, retailers and other small businesses that, through no action of their own, aren’t working and aren’t out doing what they were doing because of this humanitarian crisis.

2. Hospitals and veterans care are getting more than $100 million.

3. There’s another $1 billion or so that will go directly to the people who suffered this time. This is a far cry from what happened in 2008. This is good.


Overall, I feel like this is a very useful and necessary bill, while not perfect.

Global View is here for you. Have questions about your financial picture? Contact us.

Why This Response is Important

This response is incredibly important because it restores liquidity and confidence. It ends panic selling. It restores fundamental value in fixed income, especially in those areas where there was little risk before the crisis, such as residential mortgage-backed securities.

The second thing that is important is that this money is going into the hands of consumers and small businesses. And it helps everyone see that this is a temporary event. This is not a permanent, irreversible mistake. It’s something that no one is at fault for and it’s something that the government is doing to try to reduce deaths, reduce cases and reduce the number of people who are very ill.

Yes, Bill Gates (and I agree) put the real economic cost for this bill in the range of $4 trillion. But we can worry about this later, when there is a later.

How Long is This Recession Going to Last?

Everyone wants to know, how long is this recession going to last? It really depends on how we handle this Coronavirus.

There are two scenarios:

The first scenario is where the virus is well-contained and the most impact is right now, going into the second quarter, which begins in April.

If this happens, then we will have a V shaped recovery and the economy will be back and kicking like normal. I’m assured that this is a reasonable scenario because it’s the base case that’s being put forth by a lot of portfolio managers and economists I’ve talked to.

There is, however, another scenario.

The second scenario is when the virus is hard to eradicate and it’s still with us in the summer and we’re working on it at Christmastime.

In this scenario, not everyone is going back to normal. Instead, we’ll slowly go back to normal in pockets, depending on how the virus spreads. And that’s going to require us to do some kind of screening for who goes where, as well as some kind of broad-scale testing, meaning, a lot of people are systematically tested. It doesn’t mean everyone is tested. For example, in South Korea, 99.4 percent of the population did not get tested.

I hope you all are staying safe and healthy, and that this has been helpful for you.

Remember, the team at Global View is here and we’re ready to help.